Attract one of the world’s largest companies to Washington, DC.

Following Amazon’s announcement that it was expanding to a second headquarters, including 50,000 new jobs, The Executive Office of DC Mayor Muriel Bowser and The Office of the Deputy Mayor for Planning and Economic Development needed a campaign that could be executed quickly and would resonate with both the people of DC and key decision makers at Amazon.

The nation’s capital is often perceived as a one-dimensional city: the seat of government. The campaign would have to shift national perception of Washington, DC as just a “federal” city and invigorate the local community.

#ObviouslyDC provided an authentic platform to collect and share the obvious realities of DC. From its community and talent to its neighborhoods and accessibility, the story of DC was central for a campaign developed to draw an innovative organization to the District.

ObviouslyDC.com, designed in partnership with Social Driver called out stats designed as playful and vibrant to match the brand itself, while ease of navigation allowed decision-makers to quickly access tremendous resources and information.

The best campaign is one that is not owned by the brand, but by the community it speaks to. Campaign assets including content, graphics, and best practices were distributed to city partners, community leaders, and on public channels for use and engagement

Showing Off the City

Brllnt produced four videos portraying why DC was the obvious choice for Amazon, including Mayor Bowser’s announcement video. Each video captured various aspects of the city, from an Amazon Prime box making its way through DC neighborhoods to interviewing key leaders to share their love and perspective of “Why DC”.

The final deliverable was a beautifully printed, holographically embossed proposal book produced in partnership with local printer Mosaic, which we lovingly hand-packed and delivered to Amazon’s current headquarters in Seattle, WA. 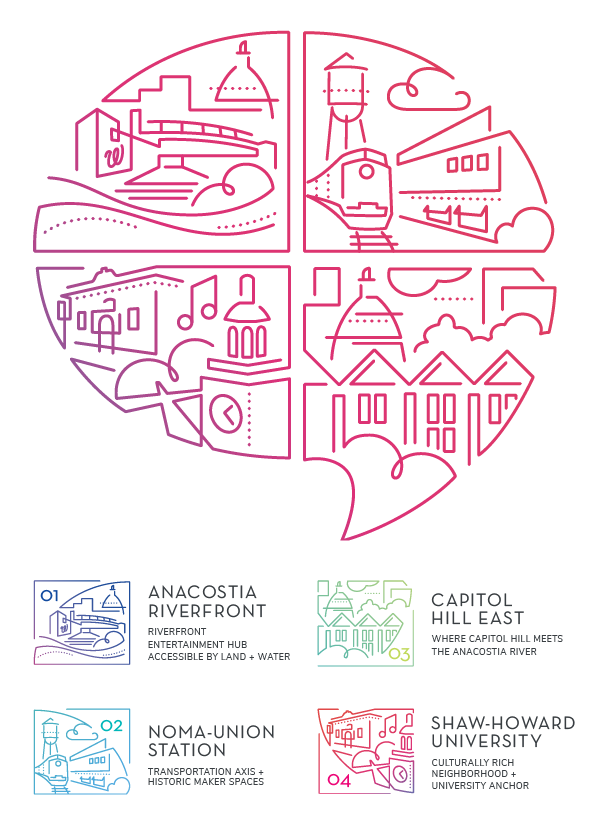 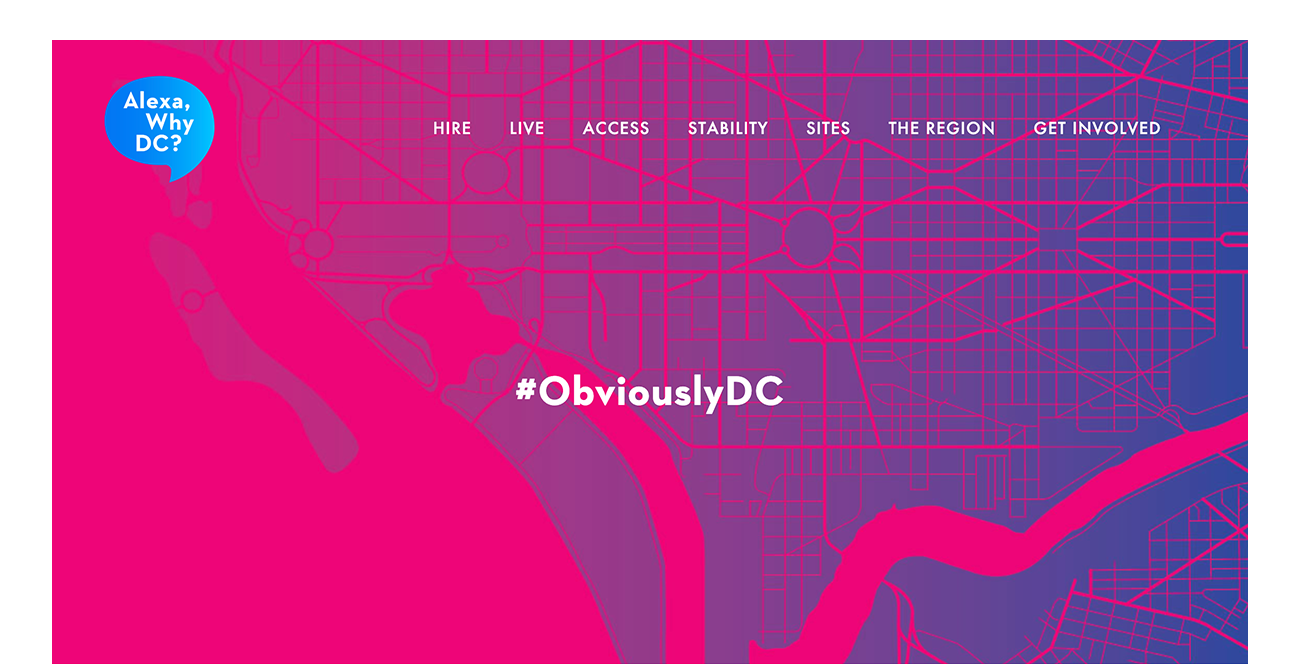 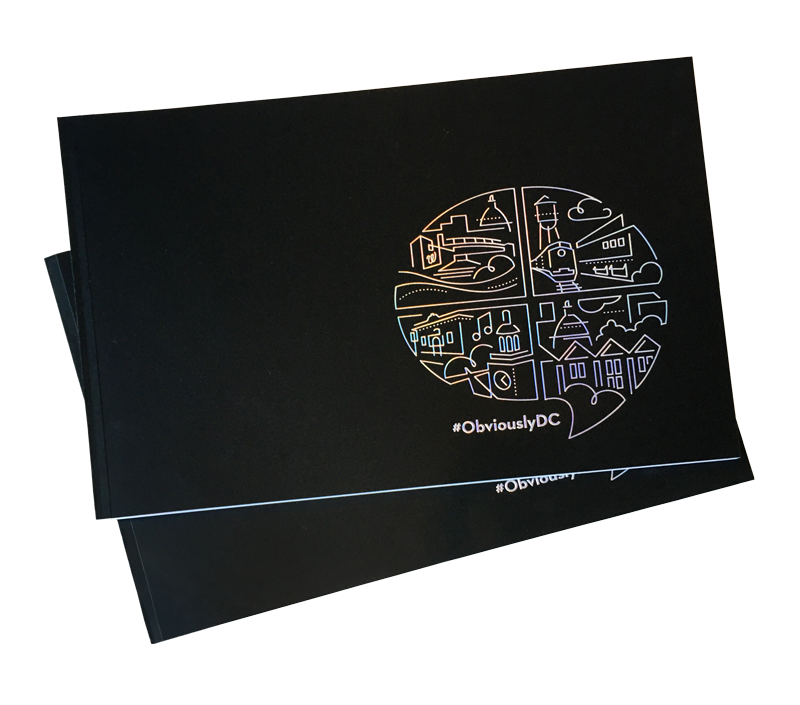 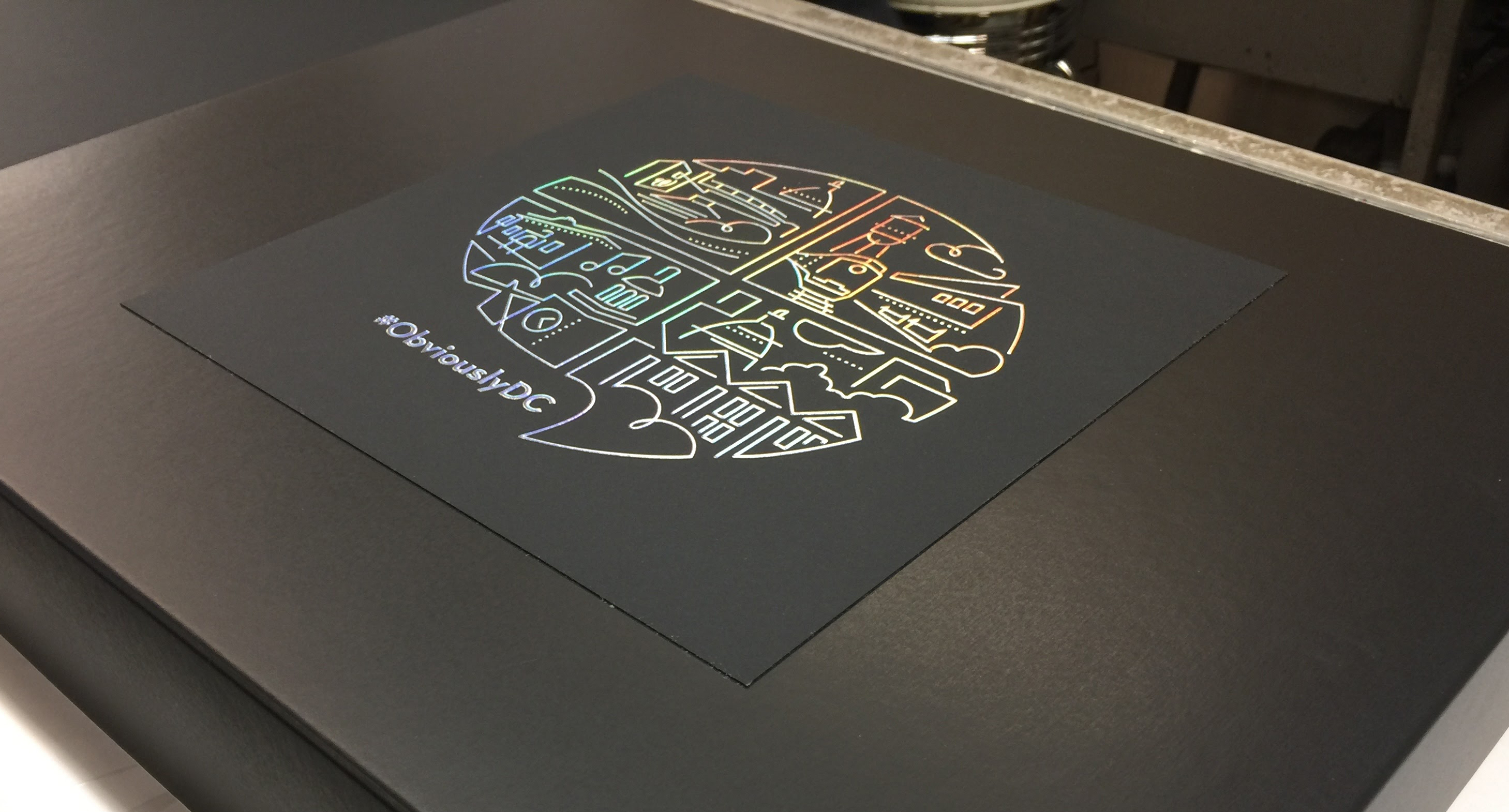 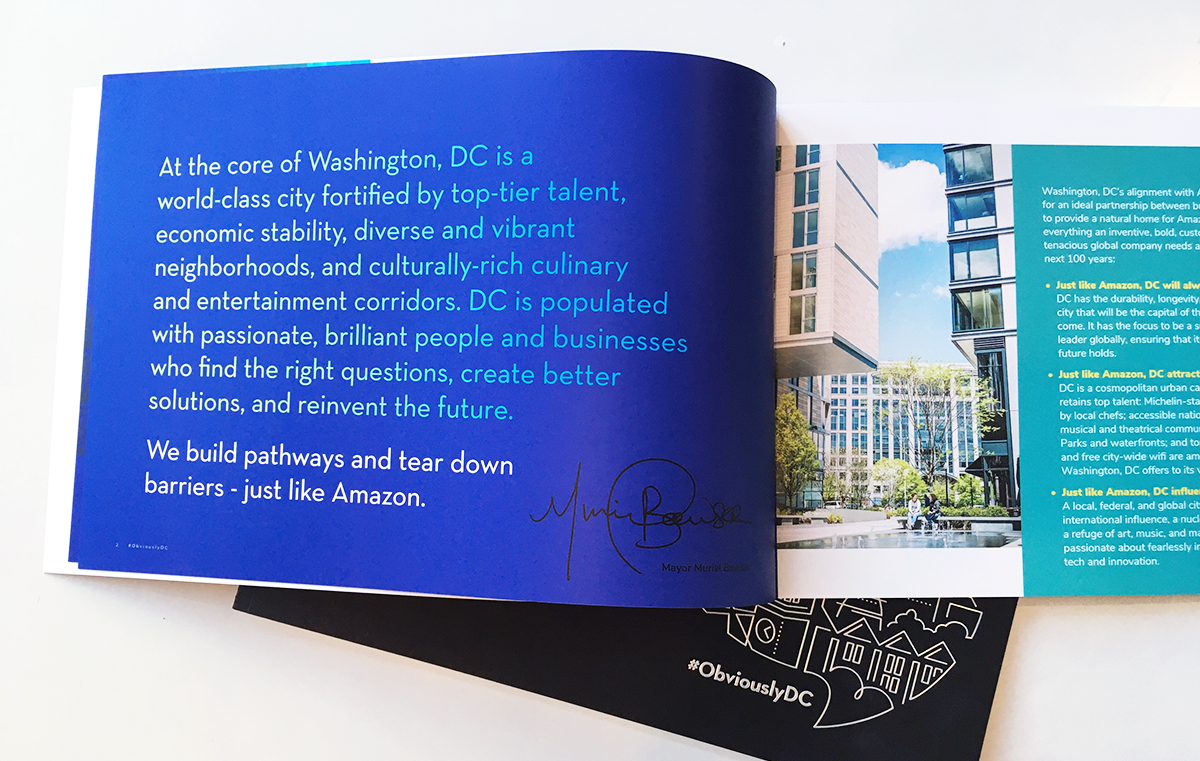 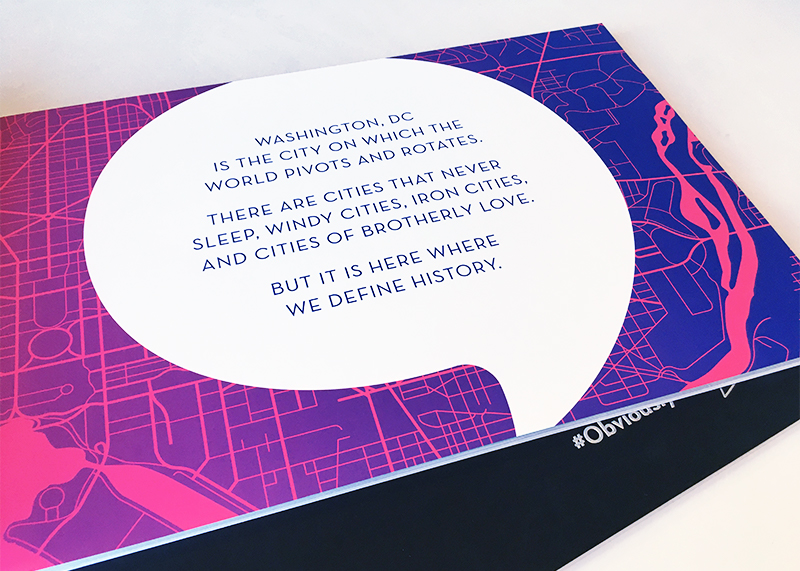 Washington, DC made Amazon’s shortlist of 10 finalists in the bidding process – from a total of 238 proposals submitted. While the city’s neighbor, Arlington County, VA, was ultimately awarded the HQ2 location, DC successfully gained international recognition and enhanced its perception as a leading tech hub as a result of the campaign, positioning the city for future opportunities.

After the campaign, Brllnt worked with the Office of DC Mayor Muriel Bowser and DMPED to transition #ObviouslyDC into a resource and information hub for all current and prospective DC businesses. Visit obviouslydc.com to see the website’s transformation and view DC’s Amazon HQ2 case study.

Brllnt partnered with the Washington DC Economic Partnership to attract decision-makers at Fortune 100 companies to call DC their business home.

In 2020, The American Civil Liberties Union (ACLU) turned 100 years old. In recognition of its centennial, the historic organization wanted to drive a nationwide conversation around civil liberties and allow its members and supporters to engage with the issues in new and innovative ways.

Thank you! Your submission has been received!
Oops! Something went wrong while submitting the form.