After the murder of George Floyd that sparked a social revolution across the world, then St. Louis Mayor Lyda Krewson decided not to run for re-election in the upcoming mayoral election. For the first time in St. Louis history, a nonpartisan election was to be held so voters could choose the candidates most aligned with their values instead of party politics.

The American Civil Liberties Union and their local Missouri affiliate, ACLU MO, launched an election hub platform where voters could be educated on new election procedures and read survey responses on where candidates stood on passing laws to protect the civil liberties of St. Louis residents. Brllnt was selected as the campaign partner, creating over 20 digital assets across radio, social, and video streaming and media planning and ad strategy for during the primary and general election.

The ACLU of Missouri defends civil liberties and the principles of equality and justice in Missouri through its litigation, legislative and public education programs. The ACLU was founded in 1920 as the first public interest law firm of its kind, and is recognized as the country's foremost advocate of individual rights.

To raise voter awareness on critical issues during the St. Louis Mayoral election and voter education on the new approval voting process, we launched ads on Snapchat geotargeting St. Louis city. Based on political bans on Facebook (and subsequently Instagram), we were limited to target a wide range of audiences other than Snapchat users. Despite this, we drove 4,322 clicks to the action page, particularly closer to the election showing this information as valuable to the 18-29 demographic who showed record turnout during the primaries. Two progressive candidates, then Treasurer Tishaura Jones and Alderwoman Cara Spencer, progressed to the final Mayoral race, an early victory for the future of civil liberties in St. Louis.

The ACLU wanted to ensure the next Mayor would be held accountable for their campaign promises and sent surveys to the both Jones and Spencer asking them to commit to taking tangible action toward protecting the civil liberties of residents. Brllnt led the digital launch of the #First100DaysofAction awareness and accountability campaign across Facebook, Instagram, Snapchat, Radio, and Video Streaming (Youtube, and OTT) channels.

Based on data of our audience, we focused on three critical civil liberties issues: community control of police surveillance, closing the St. Louis Medium Security Institution ('The Workhouse') to end inhumane conditions and voter suppression of the imprisoned population, and decriminalizing misdemeanors to curb the disproportionate arrest of black and brown people leading to imprisonment.

Overall, the campaign drove over 23,220 clicks to the pledge page. The most engaged demographic in the digital campaign was St. Louisans ages 18-29, also drove poll numbers showing our messages resonated and drove civic engagement in the 2021 St. Louis election cycle. 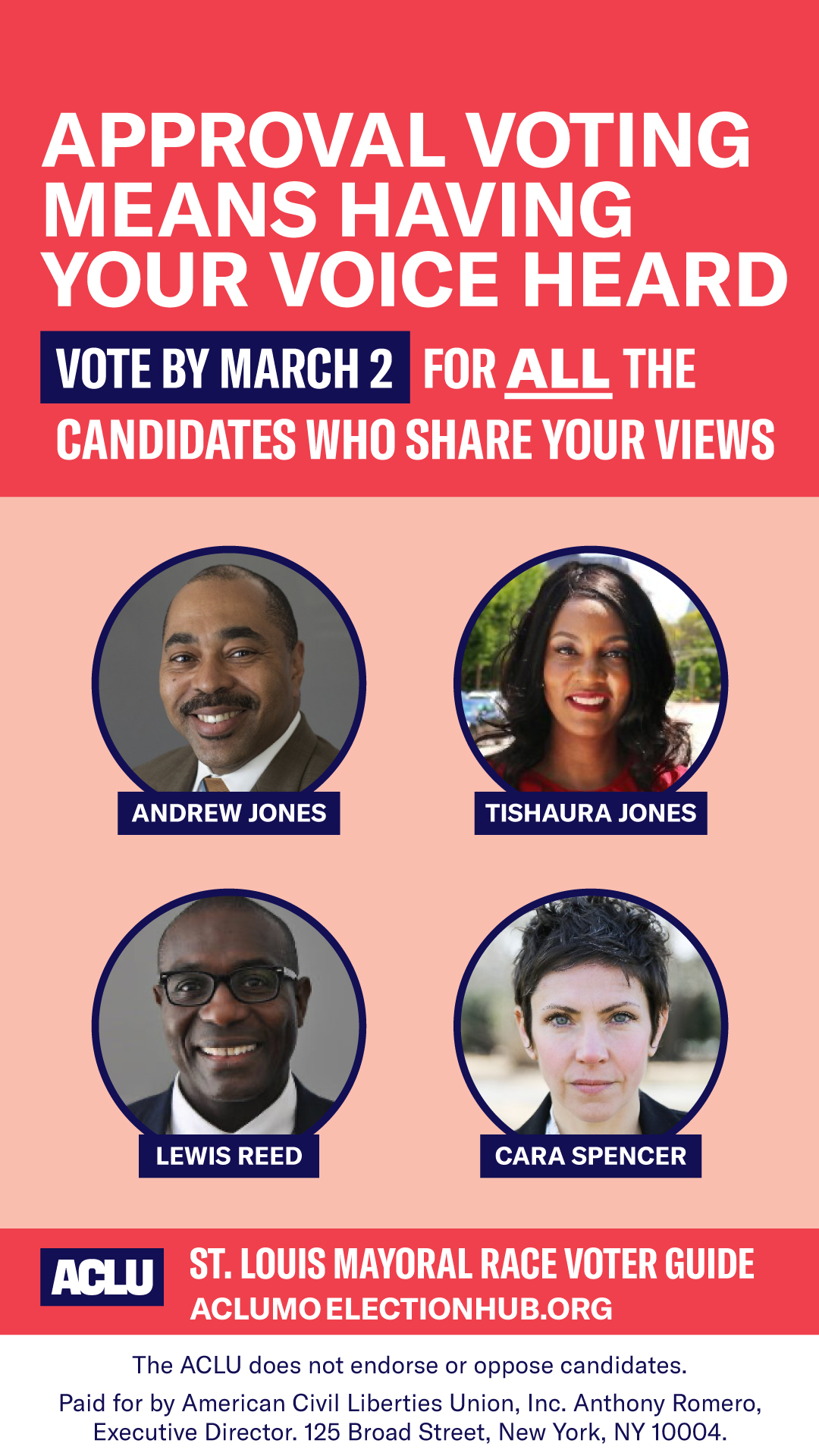 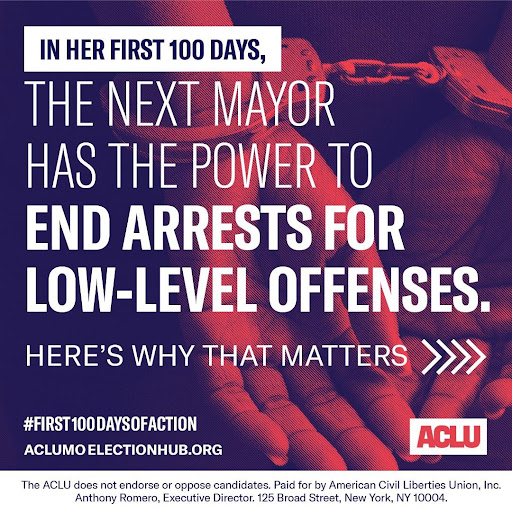 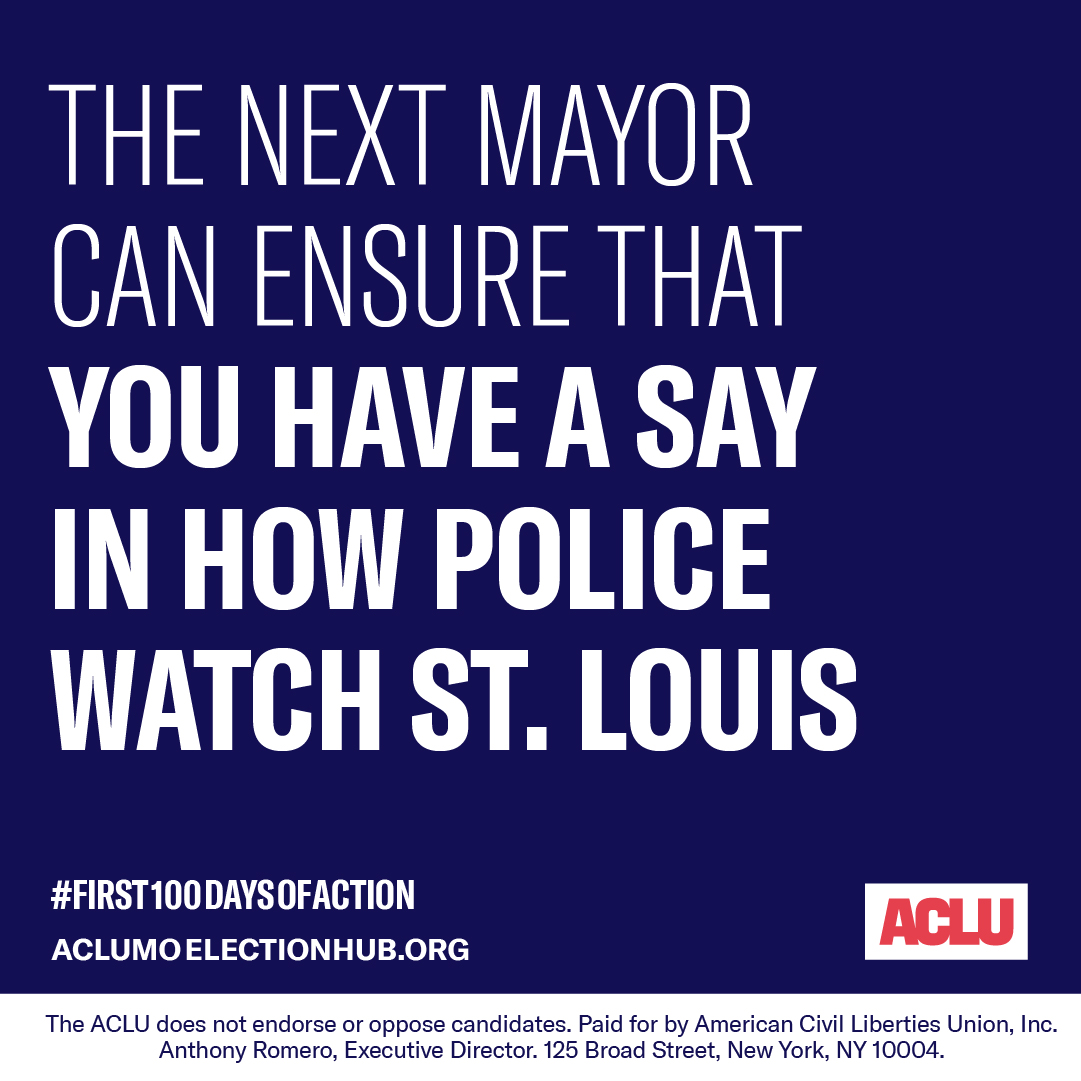 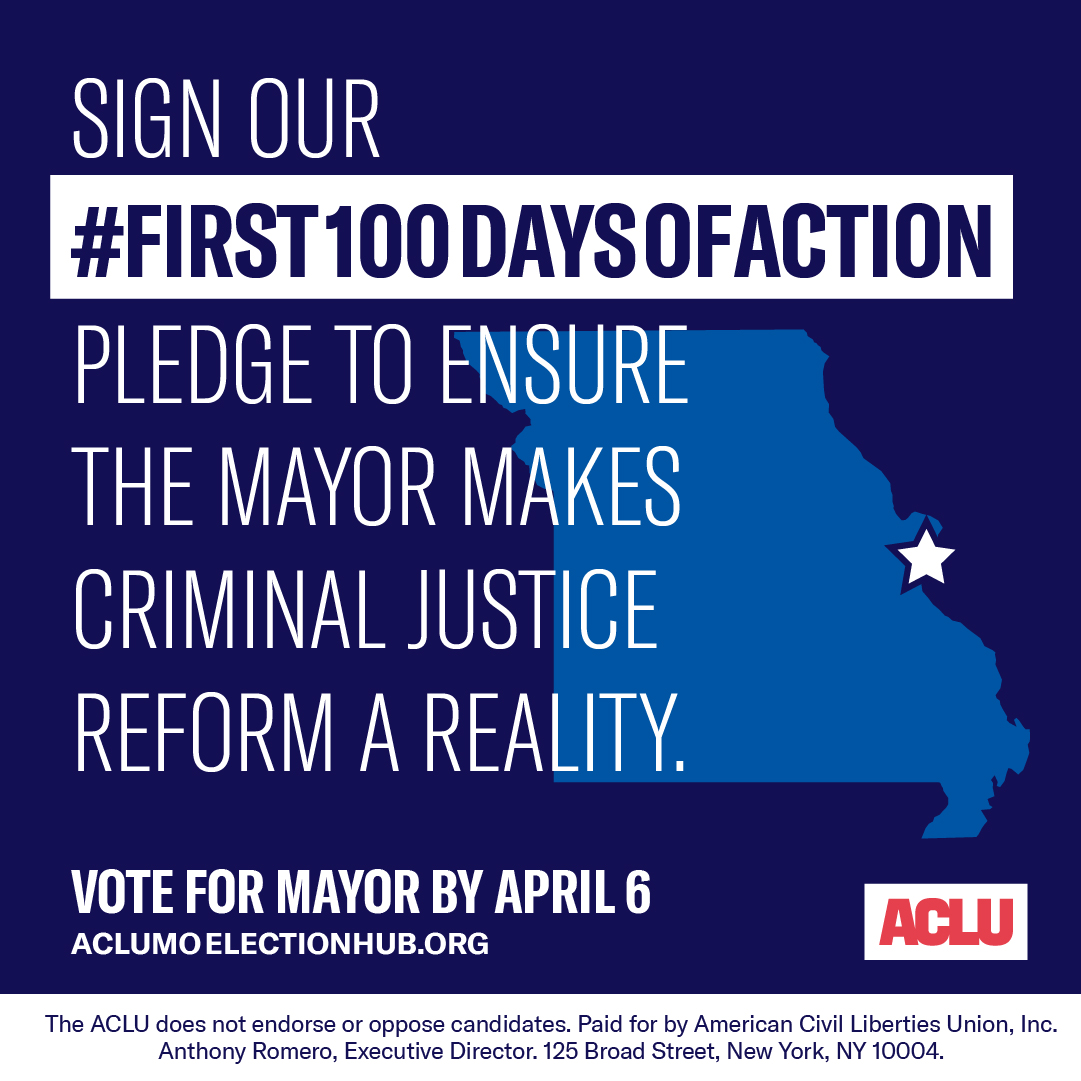 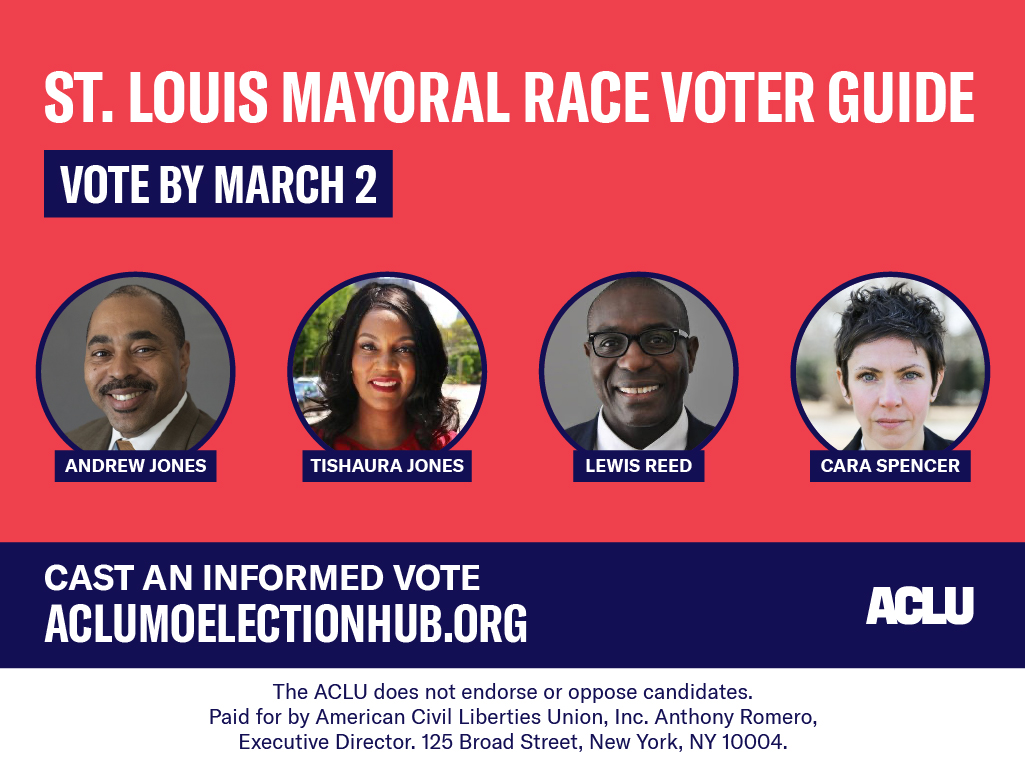 Mayor Tishaura Jones was elected makinig history as the first African-American woman elected Mayor in the city of St. Louis. In her first 100 days, she has already committed to closing The Workhouse and adimatanly supports giving the residents of St. Louis, not just the police department, the right to say if and how they want surveillance technology used in their communities. Brllnt continues to support ACLU Missouri in their efforts to protect the civil liberties and hold elected official accountable to real change in St. Louis

2
close the workhouse and community control over policing

Brllnt partnered with the Washington DC Economic Partnership to attract decision-makers at Fortune 100 companies to call DC their business home.

In 2020, The American Civil Liberties Union (ACLU) turned 100 years old. In recognition of its centennial, the historic organization wanted to drive a nationwide conversation around civil liberties and allow its members and supporters to engage with the issues in new and innovative ways.

Thank you! Your submission has been received!
Oops! Something went wrong while submitting the form.